Published by Calum UnderUncategorised on March 19, 2020

Well… It’s been an interesting couple of weeks, hasn’t it!? It looks like it’s only going to get more interesting. I know we’re all sick (great choice of words, Cal) of the influx of “Here’s our plan for COVID-19” emails from every company we’ve ever given our email address to, so I’m not going to dwell on that too much. Suffice to say, we’ll be here until we basically get forced not to be. If we do get forced to close the retail shops, we will try to keep things running on the mail order side and for customers in the local area to our Chester store, we should hopefully be able to do local deliveries in the Tur-mobile (our company van

It’s hard to tell what situation we’ll be in at the time this goes live, but at the time of writing we’ve just had the PM’s announcement to avoid social gatherings and non-essential travel. So, there’s a reasonable chance you could be reading this either while working from home or under some kind of self-isolation circumstances. Now, I’m very much an “every cloud” type chap, so let’s have a look on the bright side and have a look at some XXL cigars that can be enjoyed, now that we have some extra me time and can spend slightly longer with cigars than we usually could. Yes, that is my tenuo

us link to tie current events into cigars and tobacco. Hell, it was either this or “My top 5 Coronas,” but that seemed in pretty bad taste… 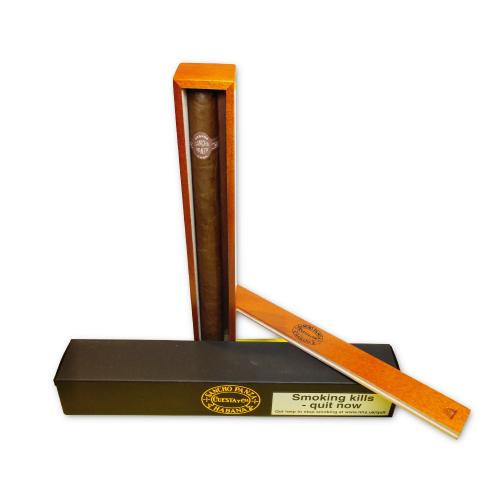 I’m not messing around this week; I’m going straight in with one of the biggest Havanas available. The “Sancho Sancho” is a Gran Corona Vitola, which means it shares the famous Churchill format’s 47 ring gauge (a big enough cigar in and of itself). However, at 9 ¼ inches long, the Sancho Sancho towers above the 7” Churchill. As a bonus, many of the Sancho Sanchos I’ve seen have been from 1999, so are extremely well aged, but even the younger ones tend to have at least 15 years ageing on them, which has really allowed the semi-sweet, woody blend to shine.  You’ll need to allow at least 2-3 hours to let this cigar gradually and sumptuously reveal its flavours to you, but man, it’ll be a good 2-3 hours! 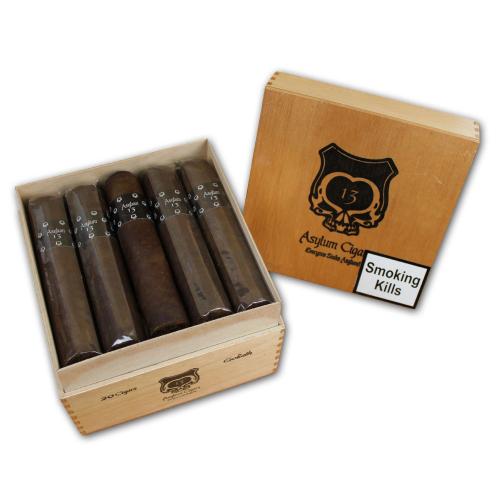 As the name implies, these cigars are a little bit insane. While the previous entry shows Havana cigars aren’t afraid to reach out into large sizes, New World cigars are a whole, well… New world. The CLE Asylum range are classic Nicaraguan cigars, with dark, oily wrappers and a powerful blend, with notes of strong espresso and a fiery spiciness simmering just below the surface. Among others, they feature two eyebrow raising cigars; the 7” x 70 Hercule and the 6” x 80 Goliath. To be safe, I’d clear a good three hours for either of these cigars.

Everything’s bigger in Texas! This is one of the tried and tested “Extreme” sized cigars. Rather than coming from a company exclusively makes borderline comedically sized cigars, the Texas Lancero is made by Alec Bradley, one of the best regarded and most popular New World Cigar makers. So you know this isn’t just a novelty cigar, it is a true, premium hand made cigar, that just so happens to be over an inch in diameter! Featuring a combination filler from Nicaragua, Honduras and Costa Rica, this hefty cigar is rich and complex, but manages to maintain a cool smoke, even in its final third, which is impressive, considering its intimidating gauge. 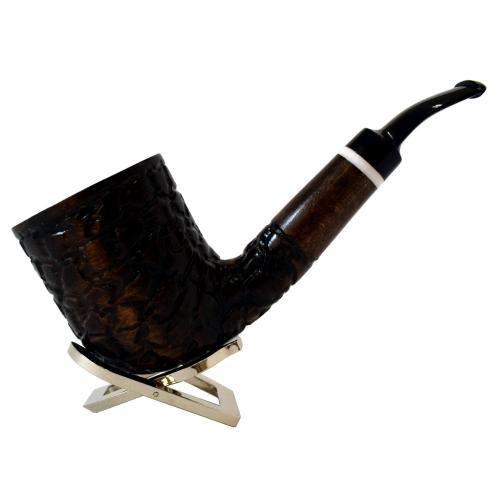 Just so the pipe smokers don’t feel left out, here’s one of our biggest pipes! With a bowl that stands at nearly 10cm tall, Mr. Brog’s Mason pipe can take an enormous amount of tobacco, that you can puff away at for hours!

I hope that’s given some ideas for anyone who is quarantined or self-isolating! Stay safe out there, people!