The birth (and subsequent rebirth) of Trinidad

As part of La Casa del Habano franchise we are very fortunate to have access to the most comprehensive range of Havana cigars in the UK. This gives us quite a unique view on the current cigar zeitgeist as we sell brands of hugely varied levels of popularity. From legends such as Cohiba and Montecristo, that even the most casual cigar smokers have heard of, to comparatively unknown brands, such as Fonseca and Rafael Gonzalez, we sell them all and get to see how people respond to them. 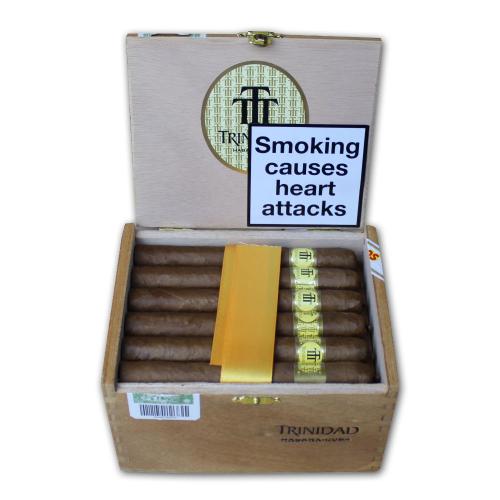 One brand that has been fascinating to observe over the last few years has been Trinidad. Relatively speaking, they’re an extremely new brand. Released in 1998, they’re barely toddlers compared to some of the centuries-old industry standards and for a majority of their life, they flew under the radar.  This has always mystified me, as the Trinidad blend is amazing. Creamy, delicately sweet and aromatic, they are often compared to Cohibas, which is fitting as they both originated as diplomatic gifts from Cuba, before being released to the public in small amounts.

So, why the apathy towards them? Other than the slightly confusing naming convention (I’ve lost count of the amount of times I’ve had someone say “No, I said I wanted a cigar from Cuba, not Trinidad!” when I’ve recommended a Trinidad) in my experience, it was down to one main issue: unfortunate timing.

As I said, Trinidad was launched to the public in 1998 and at the time it was available in one size only: the slim, elegant Fundadores, which measure up at 7 ½” by a 40 ring gauge. Within ten years of their launch, smoking bans had started to creep their way across the globe and long, 1hr+ burn time cigars like the Fundadores began to decline in popularity, in favour of shorter, stockier, more compact cigars. The Fundadores were eventually joined by three more vitolas in 2003; the Reyes, Coloniales and Robusto Ts, but out of the four sizes, only the Robusto T could be considered a heavy gauge cigar. However, the Robusto T was already overshadowed by Robustos from far more established brands and it was eventually dropped from their portfolio. So, it came to be that Trinidad remained an often overlooked hidden gem; Slim, graceful relics of a bygone era, lost in the ocean of their stouter, more contemporary rivals. 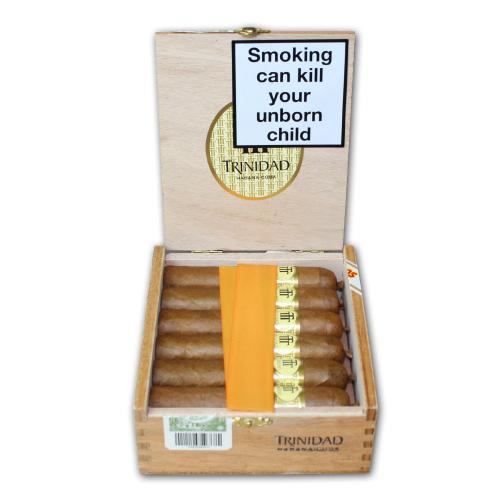 However, in the middle of the 2010s something happened; something called the Trinidad Vigia. Standing proudly at 4 1/3” and a hefty 54 gauge, the Vigia was a true cigar for the time. People who had previously overlooked the brand started trying it and those people started loving it. The Trinidad blend had always been fantastic, but now it was being showcased in a far more accessible format and it really didn’t take long for word to get out about it.  Over the last few years Trinidad has grown to be one of our best-selling brands at La Casa del Habano – Chester. The fact that in the last year the Vigia has been joined by two more, similarly chunky Trinidads (The Topes and the Media Luna) with a third – the Esmeralda – due to hit stores any day now, shows that we’re not the only cigar shop to see this cigar brand rise from the ashes.

All in all, it’s been amazing to watch the Trinidad trend change over the last few years, from a relatively unknown brand, to one that can stand toe to toe with the big boys of the industry, all in the space of just 22 years, all thanks to one small (or should I say big?) change of direction.  If you’re yet to try a Trinidad, I can’t recommend them enough. We now have the Esmeraldas available!