Pipe accessories and everything a new pipe smoker would need

Published by Calum UnderUncategorised on May 2, 2020

Pipe smoking can be quite daunting when you start out as it can seem like there is an enormous amount of kit that is required to get you going. Once you have your set up sorted, pipe smoking is very economical, compared to cigars and cigarettes. However, it helps to know what you should prioritise when building your kit; what is absolutely necessary, what is useful and what is nice to have, but not vital. So today, I’ll be breaking down the various smoker’s accoutrements into these categories.

As the title implies, these are the bits that you really can’t go without. Excuse me for stating the obvious (multiple times) but I’d like this article to be as comprehensive as possible. 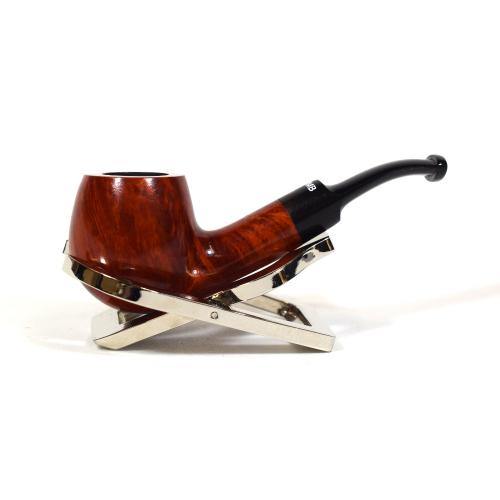 I mean… I don’t really need to elaborate on why a pipe is necessary for pipe smoking, do I? So, I’m not going to dwell on this part too much. However, I will put a shout out for some of our budget pipes, which are ideal for newcomers to the hobby. They’re a “Proper” wooden pipe, but you’re not spending a massive amount of money just to test the water. I’ve known far too many people who go for an extremely cheap pipe from eBay or a non-specialist shop, which turns out to be made of plastic with a metal bowl insert. Let’s just say these sorts of pipe are intended for stuff other than tobacco… and will probably shine an unfairly negative light on smoking pipes and possibly put people off for good. You’re much better off spending the few extra quid to get a proper wooden pipe from a specialist, which will give a much fairer representation of pipe smoking. 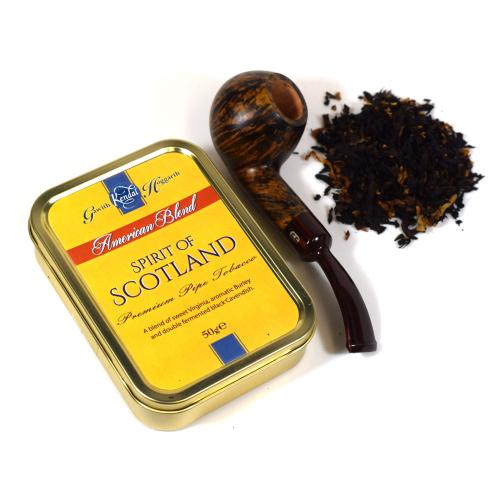 As with the above, this should go without saying. Once again, however, there are some that I’d particularly recommend for first timers. I usually suggest starting off with American Style tobaccos, such as American Blends or Century (also available as a sampler) as the tobacco itself is usually quite mild with a more prominent flavouring, so it can be easier to choose a blend, based on flavours you know you like already.

Now we’re moving into the slightly less obvious territory. While they might seem obvious to some, it’s surprising how often people overlook pipe cleaners when 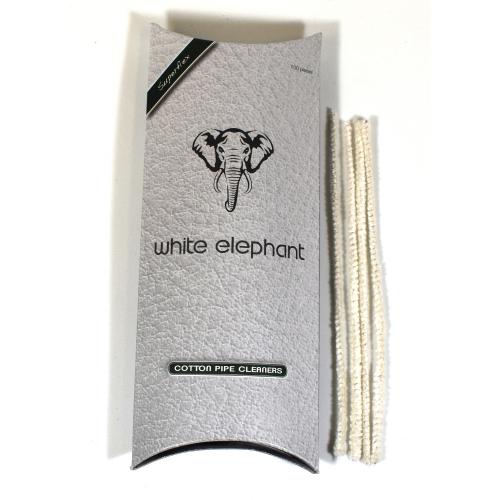 kitting themselves out. I don’t know if it’s because people sometimes forget this is their actual purpose, thinking of them as more of an arts and crafts item but it definitely happens more than you might expect (I blame Blue Peter and Art Attack.) In fact, I always remember the time a housemate (who knew I smoked a pipe) genuinely asked me why I had a pack of pipe cleaners. After realising she wasn’t joking, I said “Erm… To clean my pipes..?” and I saw the realisation in her eyes as it hit her. I dunno… I think some people think the “Pipe” part of the name refers to a different sort of pipe, or something.

Seriously though, I can’t understate how important pipe cleaners are when you first get a pipe. For how amazing pipe smoking can taste, it’s impressive just how foul it can become in comparison if the pipe hasn’t been cleaned for a while. Once a pipe gets dirty there is NOTHING that will clean them, other than pipe cleaners (there’s an option for additional cleaning, but I’ll get to that later.) There are various styles of cleaners available for different types of pipes, including slim ones for small pipes or longer ones for churchwardens. However, for simplicity, if you have a vaguely normal pipe, I recommend going for the tapered variety as they as designed to fit most sizes of pipe.

Now we’re onto the things that you could technically manage without, or substitute for other things, but life will be much easier with them. 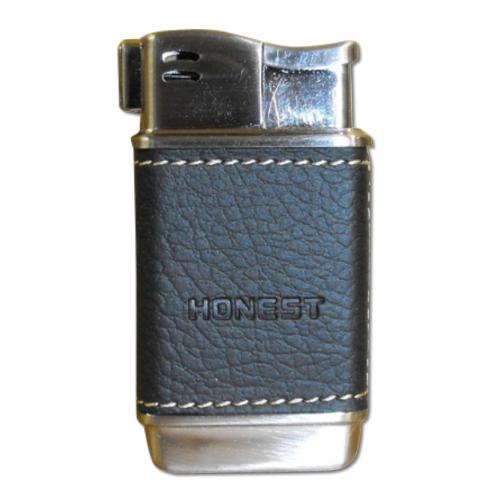 What makes a pipe lighter a pipe lighter? Put simply, it is just a regular lighter that has been adapted so the flame comes out horizontally, rather than vertically. This means you can aim the flame for the pipe bowl, with less risk of it licking back up and burning your thumb. Very handy, but you could theoretically still use a regular lighter, you just have to be more careful. A specialised pipe lighter is definitely the way to go for simplicity.

The Swiss Army Knife for smokers. Smokers’ tools/knives come with a variety of accessories on them, but consistently feature a couple of useful tools for pipe smokers. The most universal is a tamper, simply a flat, wide metal “head” of sorts, that is used to compress the ash at the top of your bowl as you smoke. The second and more variable tool is usually either a blade or a “Shovel” so to speak. More elaborate smokers’ tools usually have the blade (and are generally called “Smokers’ knives”) whereas the more budget friendly ones tend to have the shovel (and are usually just called “Smokers’ tools/companions.” Both are handy for helping to empty out any leftover tobacco at the end of a bowl and the knife variety can also be used for slicing Plug Tobacco and removing excess “Cake” on your bowl, more on that shortly…* Both can technically be replaced by anything metal that you don’t mind getting scuzzy from pipe ash (personally, if I don’t have a tool handy I use an old key that I have had on my keyring forever and long since forgotten what it opens… we all have one of those, right?) but it is much better to have a designated tool. 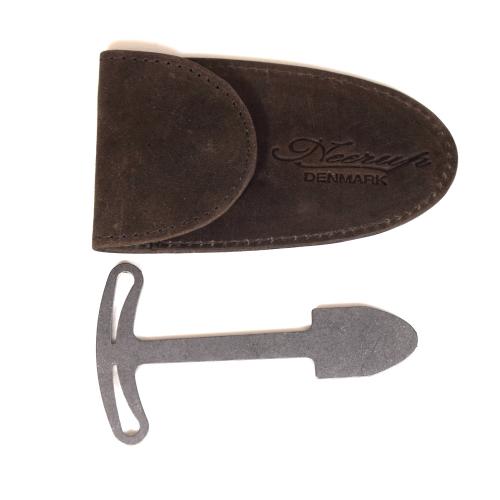 *…and by shortly, I mean right now,

Over time and with normal usage, you should notice a layer of carbon building up on the inside of your pipe’s bowl. This is known as the “Cake” (not a lie) and in small amounts, cake is good. A universal truth, naturally, but it is also true when referring to a pipe’s cake, as it can help with the burn. However, left unattended, cake will continue to build up until you can barely fit anything into your bowl. This is where reamers come in handy. You simply push them down into your bowl and twist (I’m simplifying slightly, but that’s the gist) and they’ll gradually break down and remove the cake. It is possible to do this with a sharp knife and a steady hand, but you have to be extremely careful or you risk cutting yourself or worse: the inside of your pipe bowl!

This final section features items that really aren’t technically necessary, but can add a bit of extra pleasure or convenience to the hobby of pipe smoking. 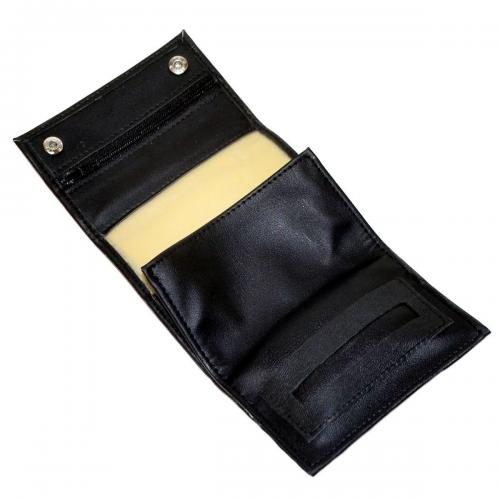 As this article has hopefully made abundantly clear: Pipe smoking comes with a lot of paraphernalia! As such, it can be handy to have a pouch for keeping everything in one place when you’re on the go. Pouches vary from simple ones that just store tobacco  to elaborate, multi-compartmented beasts, with enough pockets to store tobacco, multiple pipes and all the accessories you’ll need.

When you need your pipe to be that extra level of clean, you can get Falcon Cleaning Spray. Technically designed for Falcon pipes, but it can be used for any wooden pipe. Just spray a bit into your bowl, let it sit, clear it out and then leave your pipe to air for little while before smoking, for the cleanest possible experience.

Some pipes come with a space in the stem for inserting a filter. However, there are additional filters (or similar things that probably aren’t technically filters, but it’s the closest comparison so I’m going to lump them together here) that can be used, regardless of whether the pipe is technically a “Filter pipe” or not. These include chalk filters and stones that are placed at the bottom of a pipe bowl to absorb excess moisture for a dryer smoke and Dri-kules: little mesh baskets that also sit at the bottom of the bowl and prevent the tobacco from sitting in the moisture at the bottom of the bowl, also giving a dryer, cleaner smoke.

I think that’s covered all the “Basics” (and some things beyond that) so if you’re looking at the seemingly endless array of accessories for pipe smoking and don’t know where to start, I hope it helps you get an idea of what to prioritise!