MY A-Z OF PIPE TOBACCO

Published by Calum UnderUncategorised on July 9, 2020

A (Again) is for AMERICAN BLENDS

Now that we’re gradually returning to (the new) normal, I’m getting back on track with the series I started I began before the craziness kicked off; my A-Z of Pipe Tobacco. Some letters are more popular than others, so it might be a little while until I move out of the A’s. So this week I’m carrying on with a very useful range to get to know: American Blends.

American Blends are a great place to start for new pipe smokers, especially those with a sweet tooth. While there is a wide range of flavours available, the range itself fits within a distinctive style. They are all extremely mild, tobacco-wise with a much larger emphasis on the casing/flavouring.  Naturally, this makes them great starter blends, right off the bat. However, as an added bonus, it can make it a lot easier to pick a blend, as you can base it around the flavours you know you already enjoy, such as Scotch Whisky or Vanilla.

They’re also what I’d like to call a “People pleaser,” in that the aroma given off when they burn is extremely pleasant and inviting. So if you’re ever around people who would normally complain about the smell of your pipe (along with the mandatory dramatic wafting of a hand, of course) try filling up with a bowl of one of these and you might be surprised by how quickly their tone changes.

Even though I’d recommend basically any of the range for a first timer (not to say they can’t be enjoyed by the more experienced too, of course) there are a couple that stand out as particularly popular: 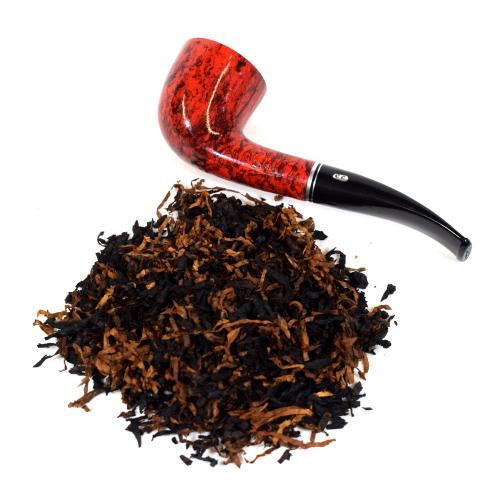 If you’ve ever read or watched any of the content I’ve made for this company, you’ll have almost certainly seen me talk about this blend. It’s my go-to recommendation when people are putting together a starter pack for pipe smoking. The cold aroma is absolutely delectable, very reminiscent of Christmas pudding, with a rich, fruity character and subtle creamy undertone from the vanilla. It’s slightly more subtle when smoked, but remains very tasty. It’s very rare for a customer to take a smell of this and then not immediately buy a portion. 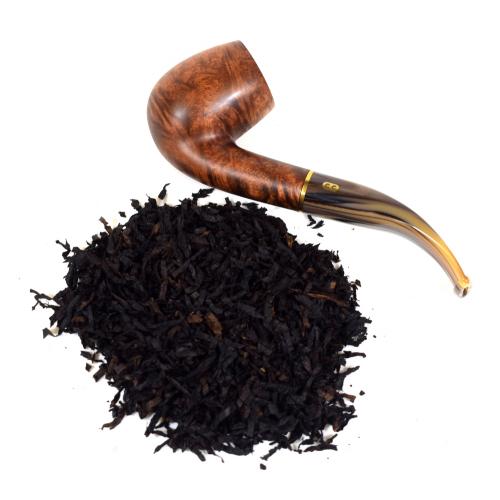 I may have said this range tends to fit a certain formula, but this is one that really stands out, as it is a jet-black mixture of tobacco. Some people mistakenly associate this with a higher strength tobacco, but that certainly isn’t the case here. It remains as mild as any of the other blends in this range, with a crisp, chocolatey edge, on top of the advertised coffee and caramel, with occasional hints of burnt sugar or crème brulee.

Those are pretty easy to wrap your head around at a glance. However, some aren’t as clear. So to finish off, here’s a quick breakdown of those blends which are named in a slightly more abstract manner:

As the name could suggest, this is a “best of” from the American Blends range: It boasts a combination of aromas, including chocolate, vanilla, caramel and a general fruity character. 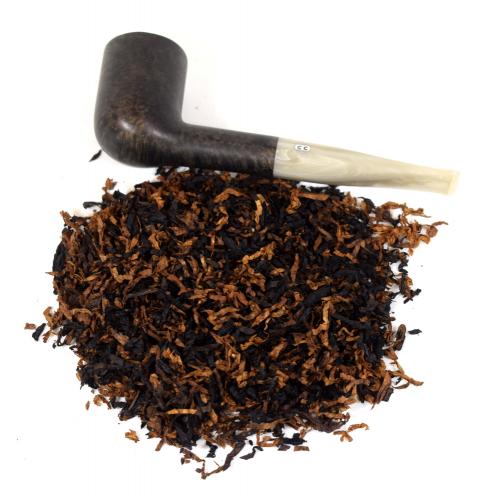 The name Black and Brown refers to the contrasting colours of tobacco in this blend. That’s not all it has to write home about though, as its casing offers notes of milk chocolate and syrupy, fermented fruits.

Ultimum is primarily a Cherry Cavendish blend, but that’s not all that it’s about. It also has slight hints of caramel to add sweetness to what can sometimes be a slightly tarte style of blend. Quite a few smokers have also commented on how easy it is to pack and light, which is always a pleasant added bonus.

That’s my rundown of the fantastic American Blends range. I’ll see you next time I carry on my A-Z with erm… another A.